The ability of the human eye and brain to see and record the quality and hue of light is different from that of a camera sensor and this needs to be borne in mind when photographing at different times of the day as the natural ambient light changes.  This exercise in two parts seeks to demonstrate this.

The first part of this two part Exercise required me to take three photographs of a selected subject, one in full sunlight during the middle of the day, one in shade also during the middle of the day and one in sunlight when the sun was close to the horizon, i.e. in the evening before sunset.  The White Balance was set to ‘daylight’.  I chose to use a light wood container as the subject as I hoped that it would show any changes in hue successfully.  The weather on the day was a mix of sunshine and cloud.  The results are shown below.

I placed the subject in full sunlight and set the White Balance to ‘Sunshine’.  There was considerable cloud cover but the sun was not covered.  The colour of the wooden container appeared flat, dull and washed out.  This is reflected to some extent in the resulting image above, but this image has more colour than I recall in the original. 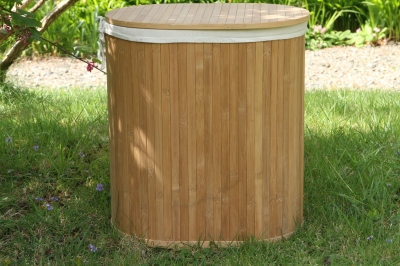 When placed in the shade it was clear that the apparent colour of the subject had changed becoming darker and having a blue-grey cast.  The image 2 above, as in Image 1, again shows more colour than I recall in the actual subject but the difference between images 1 and 2 is clear.  In this image the subject appears to have a bluish / green cast to it possibly as a result of light being reflected from the surrounding vegetation.

In the early evening of the same day I placed the subject in the direct sunlight again.  The weather was rather more hazy than earlier and the sunlight not so strong.  The ambient light was clearly warmer and and more orange-red in hue than earlier in the day and this is reflected in Image 3 above.

In the middle of the day, I noticed that the ambient light had a white look about it rather than the warmer yellow tint that one might have expected from sunlight.  There was quite a lot of white cloud cover and although the sun was not covered when I was taking the photographs, it was clear that the majority of the light was diffuse light reflected from the clouds rather than direct light originating  from the sun.  This probably accounts for the whiteness of the ambient light.

When placed in shade, the wooden container was subject to diffuse light that had been reflected not purely from the clouds but from a great many sources all of which would be contributing some tints and hues to the light.  It is likely that the surrounding vegetation will have contributed to the colour of the light.

Originating from the setting sun which is low on the horizon, the evening light passes through the atmosphere for a much greater distance than earlier in the day when the sun is higher in the sky.  Substances in the atmosphere affects the colour of the light giving it a warmer, orange/red hue as can be seen in Image 3 above.