It was an event I didn’t want to miss.  Photographing an eclipse of the sun in one’s own locality is not an opportunity that comes around very often so I wanted to see if I could make the most of it.  I knew that I wanted to try to capture the atmosphere of the occasion rather than just a portrait of the sun with a bite out of it so I was drawn to a local neolithic burial chamber called Carreg Samson between Trefin and Abercastle in North Pembrokeshire.  When the last major eclipse was experienced locally I chose to go to Pentre Ifan, the better known and larger burial chamber in the Preseli Hills, but I knew that this would be a popular place for many and I wanted to be away from the crowds.

In order to be able to capture both the eclipse and the burial chamber within a landscape I equipped myself with two Canon lenses, a standard 28mm – 70mm zoom and a wide-angle 10mm – 24mm zoom, two Canon 7D bodies and a tripod.  I also took a range of square, slot-in filters that I had recently purchased and hadn’t used before to give them a trial run.  Two of the resulting images are given below.  I used some of my newly learnt Photoshop skills to tweak the vibrance and contrast of the images and to remove an intrusive telegraph pole which I found rewarding. 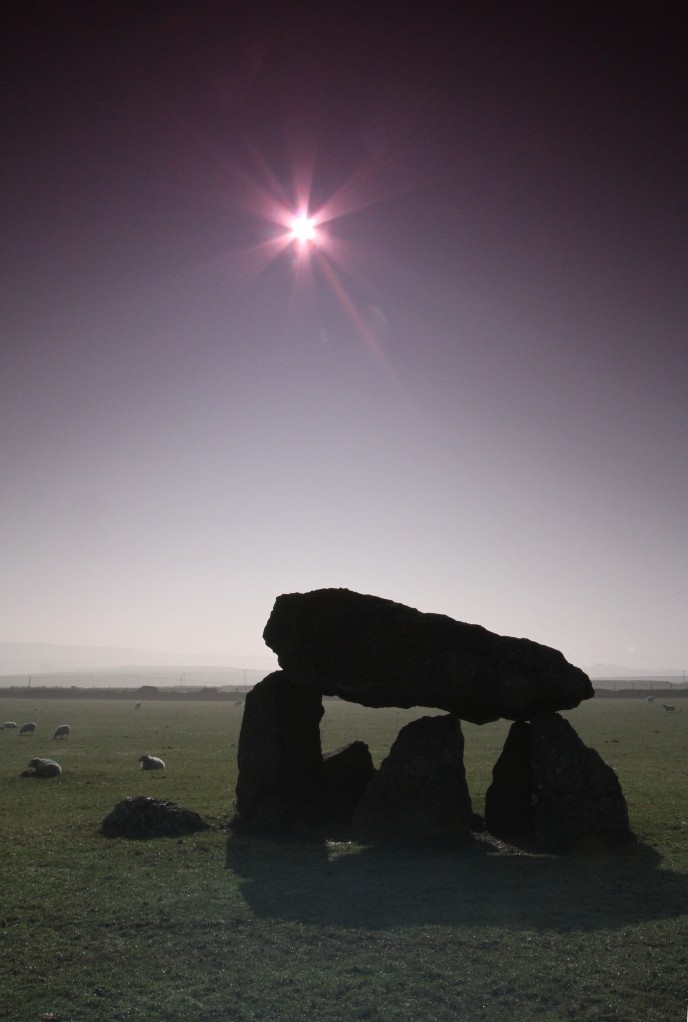 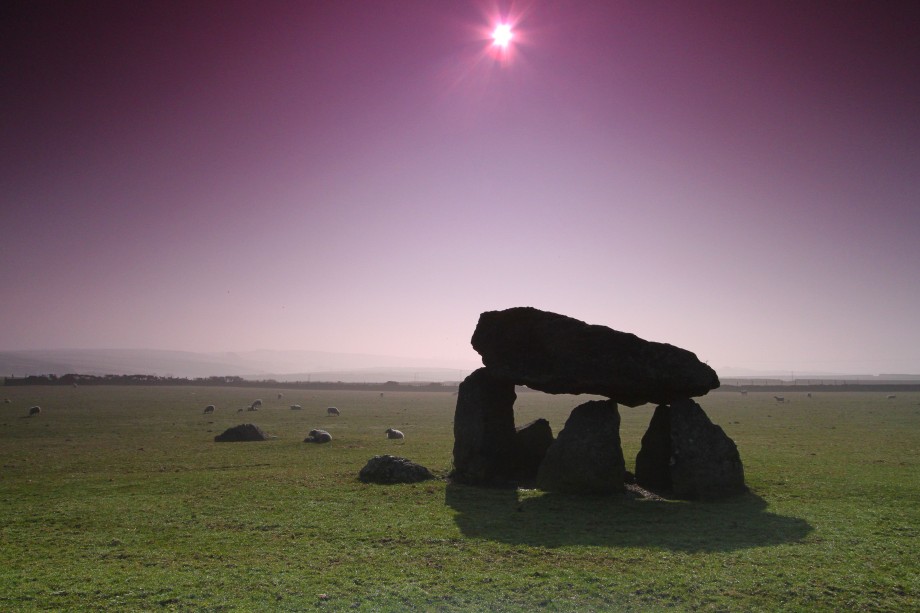 WHAT I THINK WORKED

I was pleased with the composition of the images and the sense of isolation and timelessness that they portray.  The unique quality and softness of the light at the time of the eclipse is captured in the lower halves of the images as a result of using graduated filters and this contrasts well with the monumental solidity and density of the rock tomb. The unexpected vignetting effect of the dark areas in the upper corners of the image serve to frame the key elements of the image (the sun and the rock structure) and add to the compositional integrity of the image.

WHAT I HAVE LEARNED

As I am only just starting out with the use of filters, the effects they created came as a surprise to me.  Whilst I am quite pleased with the vignette effects created by the filters, I am not clear as to what has created them.  My guess is that the brighter light in the area of the sun is lightening that area and the effect is diminishing as it goes further away leading to darker areas in the corners.  I will look into this and find out more.

The fact that the filters created a purplish cast to the upper areas of the images also came as a surprise to me and I clearly need to learn a lot more about filters!  I intend to discuss the use and qualities of filters with local professional and award winning photographer, Drew Buckley, when I go out with him on a tuition day that I have booked with him soon. It is clear to me that filters are an essential part of successful landscape photography and so their use is a skill I need to master as soon as possible.

Only another 80 years or so before there is another chance to capture an eclipse but that means plenty of time to improve my technique before then!