The purpose of this exercise is to see how the use of different reflectors of light in different positions can affect the appearance of a subject by increasing or decreasing contrast and the level of shadow fill.  For this exercise I used white card and both smooth and crumpled aluminium foil as reflectors and I also used a naked light source without a reflector but with and without a diffuser.

I first set the subject (a textured piece of wood) against a dark piece of textile and mounted the camera on a tripod in a fixed location in front of the subject.  I then introduced an incandescent light source about 2 feet from the right side of the subject  at the same level and at 90 degrees to the camera.  I took the first photograph with the naked light and then a second with a diffuser between the light and the subject.

The results of this exercise are discussed below. 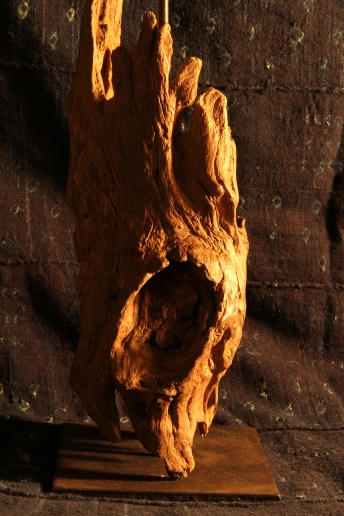 Under diffused light there is still a marked difference between the illumination of the left and right sides but it is less pronounced and there is much more detail visible.  Overall contrast is considerably reduced and the detail on the front of the subject and in the hole is much clearer as a result of the diffuse light ‘leaking’ the contours of the subject. 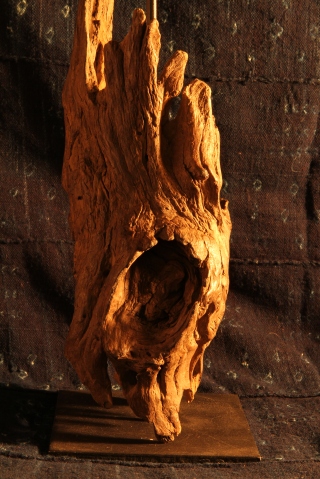 The light bouncing back from the reflector has illuminated the left hand side of the subject considerable and revealed much more detail than previously.  Contrast is also reduced.  There is more contrast in the central hole, however. 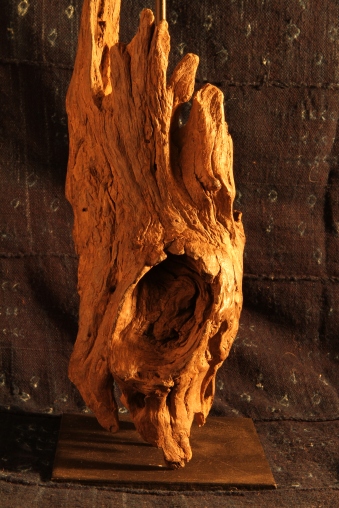 With the white card reflector moved closer to the subject, the illumination of the left side is increased and is now almost even across the whole of the subject with the exception of the overexposed, blown out area on the right of the subject.  The surface detail is clearer but with a reduction in contrast over the subject, it appears rather more two dimensional with the shadows reduced.

The white card reflector has now been replaced with a sheet of aluminium foil with the dull side outwards.  The effect is similar to using the white card at the same distance with medium contrast and illumination.

With the dull aluminium now at 1/2 metre the illumination is brighter and the contrast reduced as would be expected.  The lighting across the majority of the subject is generally even and picks out surface detail well.

The use of aluminium foil with the shiny surface outwards has not produced an image that is significantly more brightly lit than when the dull foil was used which surprises me.  There is a small difference but it is not as marked as I was expecting.

Again, although this image is more brightly illuminated with reduced contrast when compared with Image 7 as would be expected, it is not markedly different to Image 6 when dull foil was used at the same distance from the subject.  I have doubted whether I might have confused the photographs, but I have now checked their numerical order and they would appear to be correct.  This observation regarding the similarity of the images must therefore be valid. 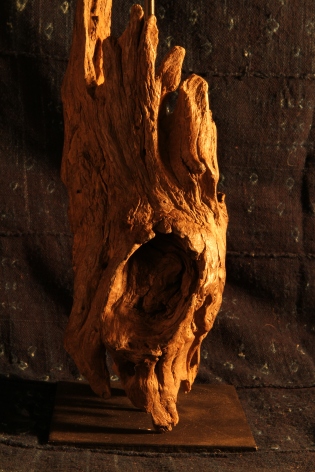 As would be expected, the degree of illumination (brightness) of this image is less than that when the foil was used in an uncrumpled condition.  The crumpling of the foil has effectively created a surface that bounces the light off in many directions thereby creating a diffuse source with some light not reaching the subject.

As an experiment, I repeated the two shots but this time with a black cloth as the reflecting surface.  The light absorbing quality of the cloth is apparent as it results in an image in which the left side of the subject is in darker shadow than in Images 1 and 2 above when no reflector was used.  This set up results in an image that is high contrast and with little detail over much of the surface where there is under-exposure.

Moving the black cloth ‘reflector’ closer to the subject does not significantly affect the resulting image suggesting that the absorption of the light from the light source is similar in both positions.

This exercise has highlighted for me the need to consider the effect that I want to create when deciding to photograph a subject as the lighting that I choose will have a very significant impact on the final images.  The use of different lighting techniques results in images which can be markedly different in character and impact as is demonstrated by this exercise. Some subjects may lend themselves to being portrayed in stark, high contrast definition whereas will benefit from a softer, more overall rounded treatment through the use of a diffuse light source.  The purpose for which an image might be used might also dictate the lighting treatment that might be most appropriate.

The most contrasty, heavily shadowed images are those taken with a black cloth ‘reflector’ (Images 11 and 12) closely followed by Image 1 taken with a naked lateral light with no diffuser or reflector.  Median contrast is achieved with those images taken with a diffused light source and also with a more distant reflector, whereas the images with  least contrast and greatest overall evenness of illumination are this taken with a closer reflector.  Surface detail is best observed in the latter images but if clear depiction of the three dimensional character of the subject is required then increased contrast is desirable.